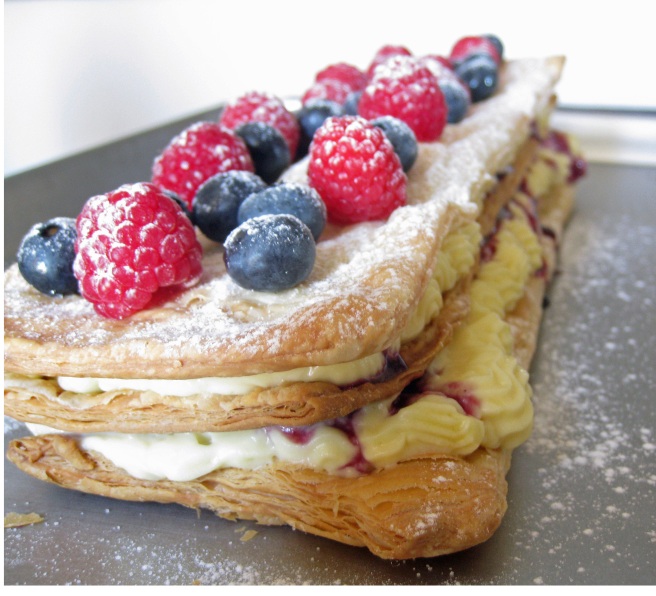 I’ve been waiting for an occasion to make this dessert for a while, but nothing ever seemed right. Then yesterday I realized a simple meal with good friends is always an occasion to eat a pretty dessert.

This has a lot of components, but each of them is very easy to do, and a lot of it can be done in advance. I based this recipe on Anna Olson’s Cranberry Mille Feuilles. I have to say this was yumm-ie. I had the leftovers for breakfast this morning (I think that’s fine because it has fruit and the custard is made with eggs and milk, so I got all my major food groups).

I sent Janice a sneak preview pic, and she asked me to let her know if I figure out the optimal way to eat mille feuilles. I don’t think there is an optimal way, you just have to get your hands in there and hope not to make too much of a mess. If anyone out there has a technique, please let me know.

The original recipe called for one layer of cream and one layer of fruit, but my fruit mixture was much too liquidy for that to work. If your fruit mixture is thicker (you could add gelatin), I think that would make a very pretty presentation.

One of my favourite places to eat is Jano, a Portuguese grill on St Laurent. Everything is always perfectly cooked, with a wonderful grilled flavour. And the piri piri sauce .. oh. my. god. soo good.

I thought I had seen piri piri sauce at Loblaws, but its turns out all they have is piri piri chips (also delicious). So I decided to make my own piri piri. (Can you tell I like saying piri piri?). 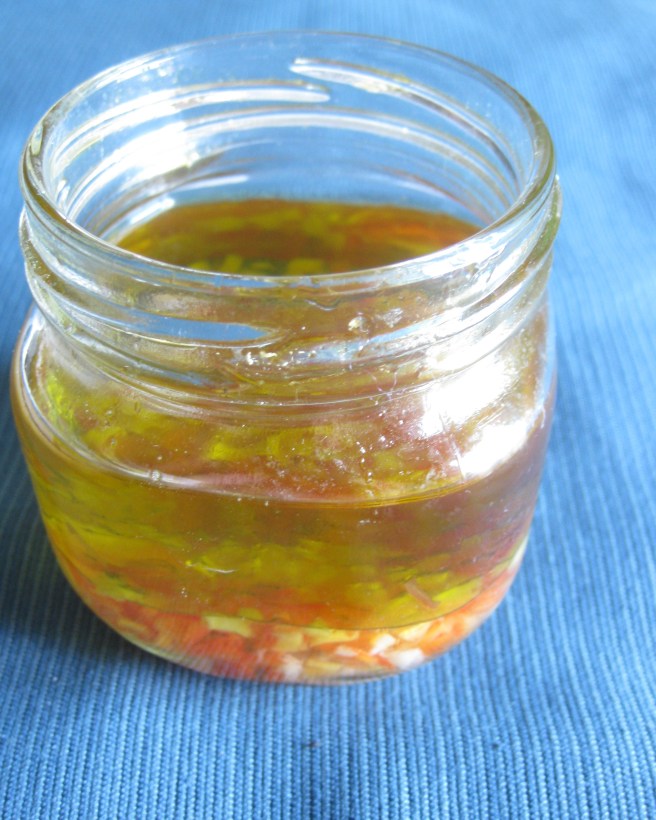 Scotch Bonnets are cute but really hot. Based on my experience with these I would say leave the hot sauce making to the professionals. Or at the very least, wear gloves while working with them. My hands were burning for hours after dicing them.

The solution to the burning? Hand sanitizer. Because I didn’t use actual piri piri peppers (an African pepper), the sauce tasted a little different than the original, but still quite good.

Piri Piri sauce goes great with chicken, but I wasn’t able to find a recipe that I liked, so I just used a smoked paprika marinade and roasted the chicken, and made a portuguese side dish, Peixinhos da Horta, deep-fried green beans. The recipe for the green beans and the piri piri both come from Leite’s Culinaria. 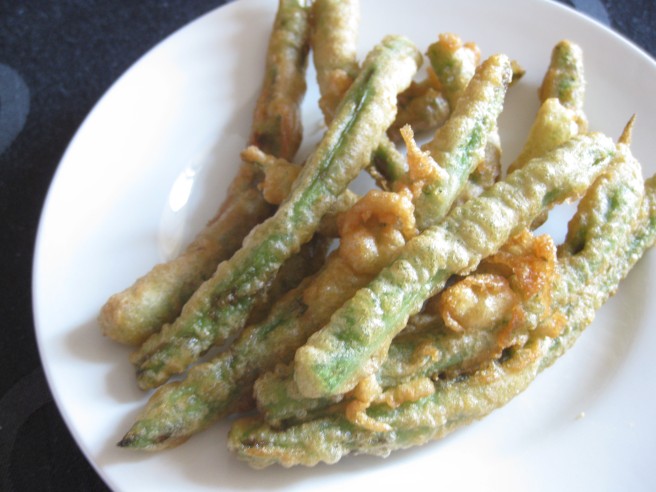 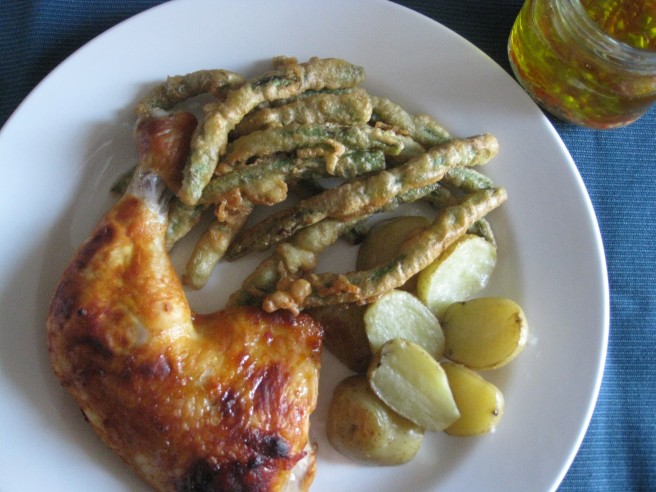 I also made Pasteis de Nata, using this recipe, but they were an epic baking fail. The recipe says to bake them at 300 F for 15, but after 15 minutes they weren’t even close to done. I bumped the temp up to 350 for another 15 minutes, still not enough. The custard never set, and the puff pastry was barely cooked through. I think they need to be baked at at least 400 F to get that caramalized top. One recipe I found after the disaster even said 550 F. I will try again, as the custard itself tasted great. And honestly, ordering more than one of these in a restaurant is a little embarrassing, but I could eat at least 10 all to my self.  At least.

Trying out different portuguese recipes was a lot of fun. Thanks to Casey for organizing the event. Be sure to check out her blog on June 1oth to see what everyone else made!