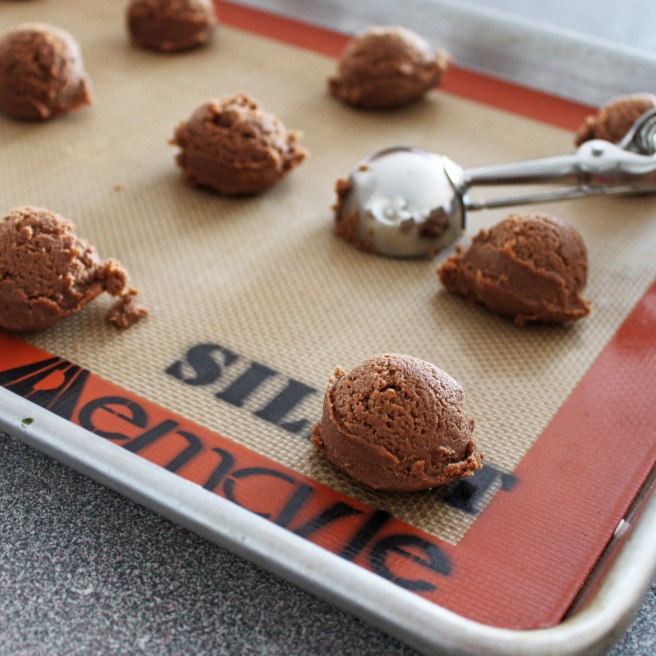 Last week I went over to a friends house for coffee. As usually happens when two single women get together, the conversation eventually turned to men. You’d think at this point in our lives we could manage a conversation without talking about them, but no. Long story short, we don’t get them.

You go out on a date (well she does, I think 95% of the population is un-datable), things go really well, and then a week goes by and he hasn’t called for a second date. Why? What happened?

We pondered the possibilities while eating these Double Ginger and Chocolate Cookies. Serious injury was ruled out because she saw him at the gym. He smiled and waved, so it wasn’t amnesia. The men in Montreal tend to be short, and this guy is 6’2”. My theory is he knows all the women in the city are fighting over him and the other four tall guys, so he doesn’t want to commit.

After eating several cookies and drinking too much coffee, we came up with an action plan. Call him, ask how his weekend was, and see if he mentions date number two. She put the plan in place  Sunday night. They had a great conversation, but no second date

I’ll be honest, these were a little too gingery for me. Next time I think I’ll just use the ground ginger. I also think they could use some chocolate chips. The recipe isn’t perfect, but I think with a few more tweaks it could be really good.

Adapted from the January 2011 issue of Bon Appetit

What do you think? Cancel reply